Transcript of the language segment of “Self-supervised learning: could machines learn like humans?”

The chapter “Qualitative Analysis of Google Translate Across 108 Languages” quotes Yann LeCun, Facebook’s Chief AI Scientist. LeCun amplifies the misinterpretation of the research results for “zero-shot” translation as solving the question for all 25 million pairs in the grid,1 only missing by about 24,999,990, “How do we translate from any language to any other language?”, he asks.  In his full explanation, based on Lample , LeCun declares, “in fact, that actually works, amazingly enough!”

You can read the transcript of LeCun’s egregiously erroneous assertions below the video on this page, or watch the video here, or at online at https://www.facebook.com/epflcampus/videos/1960325127394608/?t=1542. Segment starts at 25:30.

It should be noted that both LeCun and Lample were invited to respond to this page, but did not. However, Facebook banned the posting of a link to this page on 15 June, 2021, saying “Your comment goes against our Community Standards”. A screenshot of Facebook’s censorship is posted at the bottom of this page.

Yann LeCun, computer scientist working in machine learning, computer vision, mobile robotics and computational neuroscience, sees self-supervised learning as a potential solution for problems in reinforcement learning, as it has the advantage of taking both input and output as part of a complete system, making it effective for example in image completing, image transferring, time sequence data prediction, etc. While the model’s complexity increases with the addition of feedback information, self-supervised learning models significantly reduce human involvement in the process.

This is a system that was built at Facebook to do translation, evolving all the time. You can think of text as a sequence of symbols. You can turn it into a sequence of vectors, and then that becomes something you can build convolutions on. The cool thing about this is, there is a huge problem on Facebook, which is that we want to be able to translate from any language to any other language that people use on Facebook, and people use maybe 5000 languages on Facebook, or 7000. We don’t have parallel text from Urdu to Swahili, or something, so how do we translate from any language to any other language?

It would be nice if there were a way of training translation systems with very little or no parallel text. And in fact, amazingly enough, that is possible. What you do is, you take a piece of text in one language, you can run what is called an unsupervised embedding algorithm. So for those of you who know what Word-to-Vec is, that’s kind of similar, but it is a little more sophisticated than that.

And in fact, that actually works, amazingly enough. So you do this, you get different shades of clouds of points, but there is some commonality between them which makes it so that you can transform one into the other with a very simple transformation and build what essentially amounts to dictionaries or translation tables from one language to another without ever having seen parallel text.” 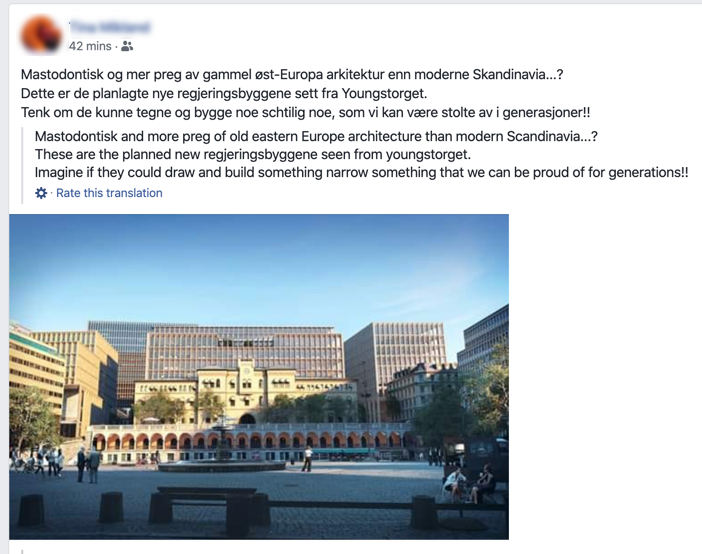 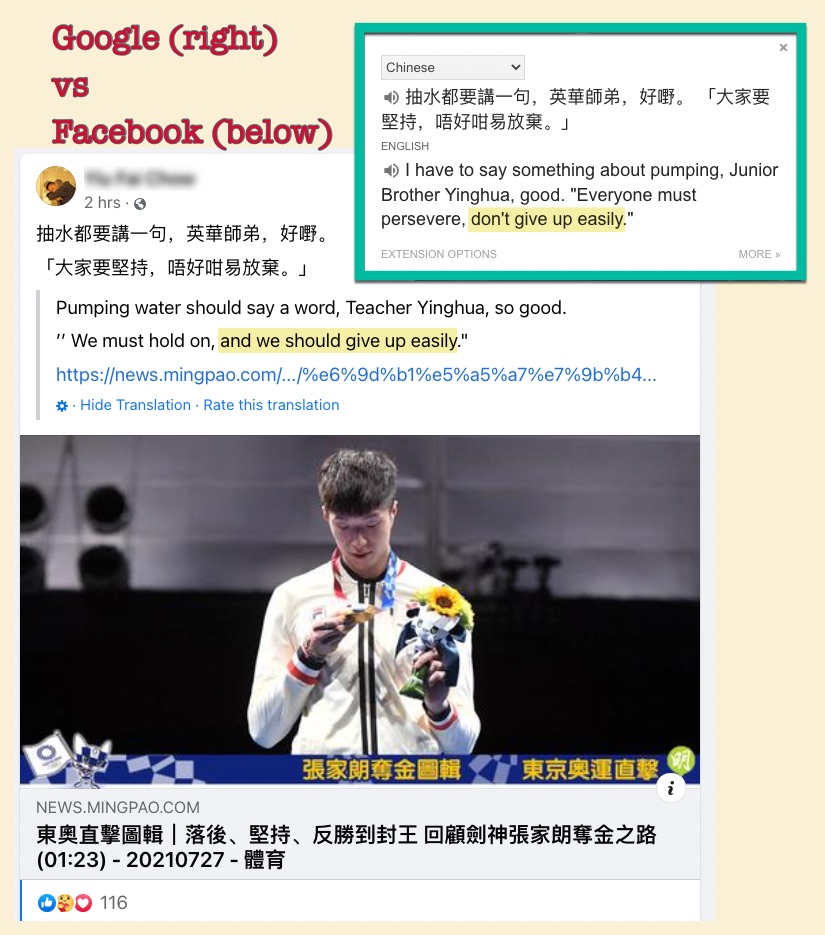 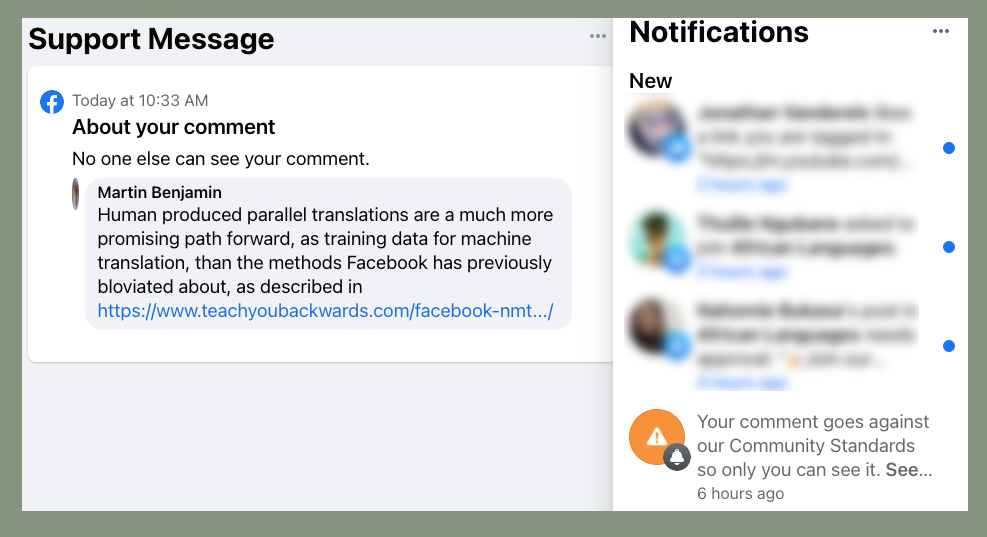 The comment above was posted on 14 June, 2021, to a Facebook discussion group that focuses on technology for less-resourced languages, with a link to this page. The screenshot above, 15 June 2021, shows Facebook’s reaction.